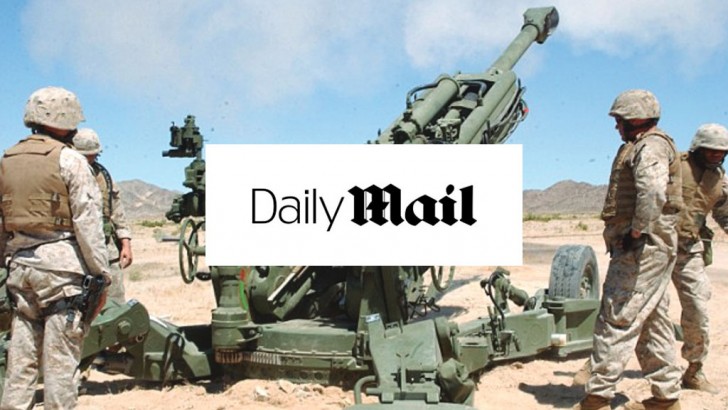 The US Department of Defense is developing a powerful new weapon that could cripple an entire city without directly hurting anyone.

A recent solicitation from the Pentagon calls for a non-explosive electromagnetic pulse artillery shell capable of wiping out ‘a wide range of electronics, critical infrastructure, and computer-based systems.’

The non-kinetic system would first be incorporated into a 155mm projectile and later scaled down to enable the use of multiple shells, allowing for devastating electronic attacks that are delivered by standard munition but cause no physical damage.

According to the solicitation, the weapon will be designed to be cost-effective and precise, launching the non-kinetic effects (NKE) from a close range to limit the affected area.

Essentially, such a weapon would render the target’s entire electronic infrastructure useless.

The DoD will first develop a prototype weapon for the 155mm projectile, with the ultimate plan to create a ‘ruggedized, hardened electronics subsystem.’

During the development process, the report says they’ll also be exploring and demonstrating different ways to carry out non-kinetic attacks, and testing the system’s capabilities in the field.

‘Advances in munitions-based microelectronics and power technologies make possible the implementation of non-kinetic cyber and electromagnetic ‘or electronic warfare (EW)’ attacks that could be delivered via artillery launched munitions.

‘The precision delivery of the non-kinetic effects (NKE) electronics payload close to the target allows low power operation which limits the geographical extent of impacted systems, and reduces the overall impact on the electromagnetic spectrum.’

The new development comes more than a year after a report warned that America is falling behind in the development of critical electromagnetic weapons that some say could wipe out 90 percent of its population.

The Center for Strategic and Budgetary Assessments says the technology is 'one of the most critical operational domains in modern warfare.' However, it concluded 'unfortunately, 'failed to keep pace' is an appropriate description of the Department of Defense's (DoD) investments in EMS warfare capabilities over the last generation.

The report, 'Winning the Airwaves: Regaining America's Dominance in the Electromagnetic Spectrum', added the technology will become as revolutionary as smartphones.

'In the same way that smartphones and the Internet are redefining how the world shares, shops, learns, and works, the development, and fielding of advanced sensors and networking technologies will enable militaries to gain significant new advantages over competitors that fail to keep pace,' it says.