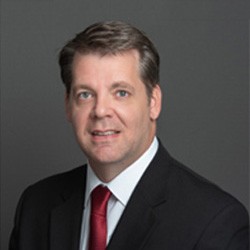 Robert Seiter began his career with CPS as a Project Manager in 2017. During his tenure Robert has worked on large CPS projects both domestically and internationally as well as being promoted several times. Prior to accepting the CAO role with OTS, Rob worked with the CPS team in the UK and Europe in the capacity of Contracts Director. Rob has a wide-ranging construction background, with General Contractor and data center project management experience, as well as QA/QC testing, and compliance experience in Federal contracting. He holds PMP and OSHA certifications and brings over 15 years of direct leadership and success in the construction and data center industries. Rob is based out of the Chicago CPS office and holds a Bachelor of Science degree in Building Construction Management from the University of Wisconsin. Rob served in the US Marine Corp and is a veteran of the Persian Gulf War.

← See More Members of the Team