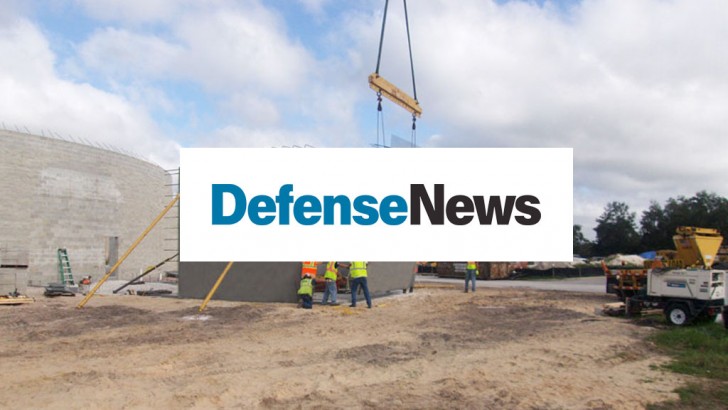 Time To Refocus on the EMP Threat

In late July, the US Senate Committee on Homeland Security and Governmental Affairs assembled a number of top experts to discuss a critical threat to the homeland: electromagnetic pulse (EMP).

It was a long overdue session. Although the issue of EMP has been on the government radar for years, it has gone largely ignored. Indeed, the impetus behind the Senate’s attention was the fact that not one of the suggestions put forward by the congressionally mandated EMP Commission (which operated from 2002 to 2008) has been put in place.

Yet the science behind EMP is straightforward — and frightening. An EMP event can occur either naturally (through solar flares) or artificially, as the result of a high-altitude nuclear explosion.

The high-energy particles from such an explosion would cascade down to Earth, interacting with the planet’s magnetic field and destroying the electronic systems below. The resulting waves could fry millions of transformers in the electrical grid as they travel along power lines, ultimately bringing down the nation’s power system.

The possibility of man-made EMP events has grown in tandem with the technological sophistication of America’s adversaries. It is widely known that both Russia and China already have this capability, and both countries have carried out serious work relating to the generation of EMP in recent years as part of their respective military modernization programs.

Now, rogue states Iran and North Korea may not be that far behind. Iran, for example, is known to have simulated a nuclear EMP attack several years ago using short-range missiles launched from a freighter. North Korea, meanwhile, has acquired the blueprints to build an EMP warhead, and in July of 2013, a North Korean freighter made it all the way to the Gulf of Mexico with two nuclear capable missiles in its hold.

Moreover, both countries have successfully orbited a number of satellites that could evade US early warning radars, and if carrying nuclear warheads, are at the ideal altitude to generate an EMP across the entire continental US.

Scientists concur that such an attack, if it occurs, would have devastating consequences. A nuclear warhead detonated 18 miles of the ground anywhere over the eastern seaboard could collapse the whole eastern grid, which generates 75 percent of the country’s electricity. The recovery time from a nationwide EMP event might be anywhere from one to 10 years. In the meantime, tens of millions of Americans would likely die from starvation and/or societal collapse.

Nevertheless, it’s still possible to classify such a man-made attack as highly unlikely. By contrast, a naturally occurring EMP event is, to put it bluntly, inevitable.

Such events, officially known as geomagnetic disturbances (GMDs), are caused by solar flares from the sun, and they occur quite frequently at lesser magnitudes. More powerful geomagnetic storms pose a direct — and serious — threat to our electrical infrastructure, and we are overdue for such an occurrence.

The last such solar storm, which took place in 1859, was so massive that, if it recurred today, would wipe out electric grids and critical infrastructure globally. Such a storm is considered a “once per century” event and has a 10-12 percent probability of occurring within the next 10 years. Less intense, but equally damaging, storms can occur once every 20 years.

What are we doing to protect from such threats? The answer is, not much.

To its credit, the US military has taken measures to ensure all vital military systems are protected and able to survive an EMP. Even so, military operations and infrastructure are vulnerable because they rely heavily on the civilian power grid and other critical infrastructures. Those nodes, meanwhile, remain unprotected.

The rest of the US government, however, has done far less. Two promising pieces of legislation that aim to address the EMP threat remain unrealized, thwarted by political gridlock and partisan bickering. The first, known as the GRID Act, would have allowed the federal government to take emergency measures to protect power transformers throughout the national grid. The GRID Act passed unanimously in the House, only to subsequently be denied a vote in the Senate.

The second, the SHIELD Act, would have required the government to install grid-saving devices and surge protectors to save transformers. But this piece of legislation has been stalled in the House for years, with no prospects of moving forward.

Without these critical enabling pieces of legislation, national debate over EMP has devolved into bad science, ad hominem attacks, and false choices between protecting the American grid and planning for recovery. But it doesn’t have to be this way.

Congress has the power to take a two-pronged approach, focusing on the SHIELD Act or a similar piece of legislation that would allow the government to make necessary fixes to existing infrastructure while simultaneously tasking relevant agencies with carrying out the planning necessary to reduce offcial reaction rates and the recovery time, if and when an EMP crisis does occur.

By focusing on both pre-emptive defense measures and recovery planning, Congress has the power to potentially save millions  of American lives. It already has the duty to do so.